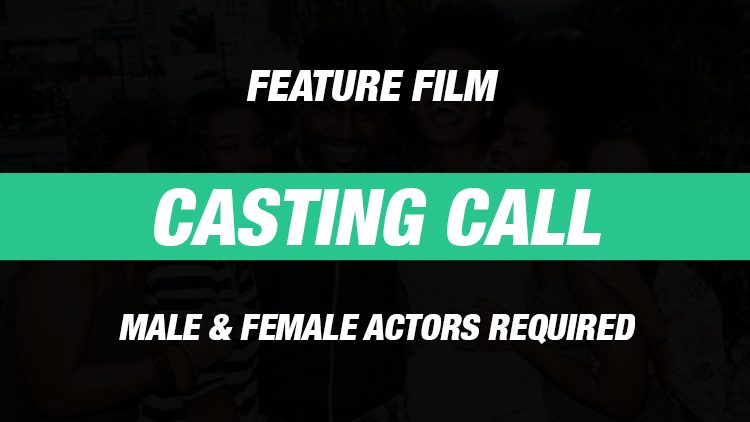 Casting is taking place for a short feature film that will be made collaboratively with other creatives this Summer.

Details are as follows:

ROLES AVAILABLE ARE AS FOLLOWS:

JESS : Female, 20-26, Any appearance.
Jess knows her own mind and won’t be told by anyone. She is a loyal friend, and has no problem speaking the truth, or sensing the truth out of others.

ETHAN : Male, 20-26, Any Appearance.
Ethan is a clever, witty and sometimes panic-stricken person. He speaks his mind, even if it is a little embarrassing to say out loud! He is very much a voice of sensibility in the film.

JAMIE : Male, 20-28, Any Appearance.
Jamie is a bit of a Lad with a good heart. He is in a relationship with one of the girls, and takes initiative when all seems lost. He is driven by emotion, and puts up walls to hide it.

MICHAEL : Male, 18-28, Any Appearance.
Michael is quiet and (creative licence) quirky. He comes out of his shell throughout the feature, and meets the group on unusual circumstances.

DCI BAKEWELL : Male or Female,30-48, Any Appearance.
A highly professional but ambitious detective. She/He has a determination to find justice, and the culprit.

SANDRA:Female, 35-50, Any Appearance.
Sandra is a shy, quiet individual. She has emotive maternal instinct, and has two children, whom she can’t fully protect.

LOLA : Female, 18-26, Any Appearance.
Lola is a listener, and knows when to speak. She has a good moral compass. Strong emotive acting needed.

EXTRAS
If you aren’t very flexible, a student, or wanting some experience- please get in touch if you would like to be an extra for half a day. We have some scenes where you would be very appreciated!

If you’d like to apply to any of the roles, contact stapakobrown@gmail.com (Female roles) and Gazchurchend2@hotmail.com (Male roles) with the title as ABATEMENT, state which character(s) you’re interested in, along with a showreel/cv