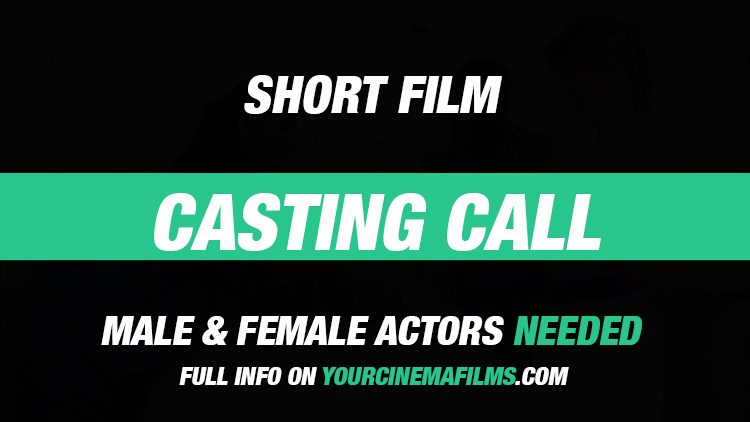 Hey guys, male and female actors are needed for an upcoming short film, details are as follows:

3 time travellers get stuck in a time loop which they can’t get out of. The main character, a guy called Addison finds out he actually caused their death (as well as the time loop). They come to the conclusion that the only solution is to kill themselves… but what if that was what caused the time loop in the first place?

Male, calm, leader, but stuck up, careless and unrelenting. His soul has been worn thin by time.

He’s working class and he’s unhappy with his present, but wants to marry Merry. He doesn’t have the time, money or place; he was once selfless but now he’s selfish. He looks older than he actually is; his physical age is older than his biological age.

Male, responsible, caring, fed up with his current life and is obsessed with time travel. Crayne is a follower, advisor and friend of Addison. He’s scared of his own opinion. His biggest anxiety is to make decisions; he’s not a leader and is a follower of Addison’s words.

Male, young, fit and arrogant. He’s filled with testosterone, very opinionated and loud. He’s very concerned about his own self gain and believes he can only have success in life with money. He’s bigger on the outside than on the inside; he’s employed but uneducated, unhappy with his job and he’s also an opportunist.

Female, easy going, free flowing and enjoys physical pleasures. Her life however slows down as she gets tired of the ravenous pace of her life so far. She cares quite strongly for Addison and wants to solidify their relationship. She’s also a growing mother figure, deeply concerned about their situation. She’s decided to stay for love.

Shoot date to be confirmed, you’ll be needed for the full day (no longer than 12 hrs)

You will need to be committed and very creative; you will also receive a copy of the project on January 8th 2019.

Auditions will take place all day on 29th November (9am-6pm) – Please make sure you send you selftape before the audition.

Scripts will also be provided on the day

If you’d like to apply to any of these roles or you’d like more information please email Adien (the producer_ at AT1123@live.mdx.ac.uk