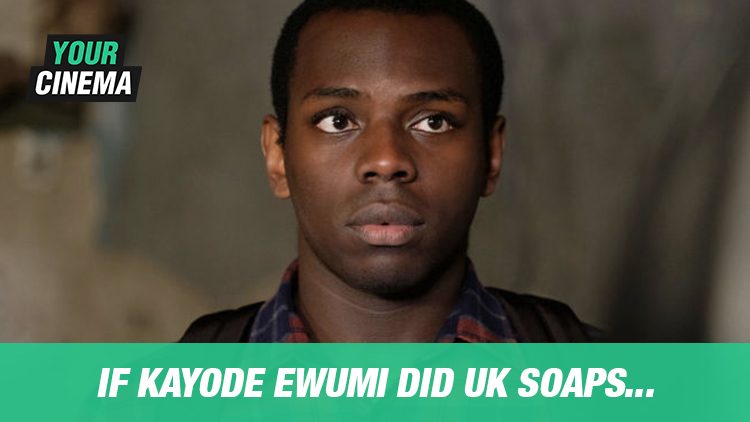 From #HoodDocumentary to landing a series commissioned by BBC three, Kayode is nothing but a complete legend.

Kayode Ewumi will soon be back on our screens as a writer, creator and actor of a new BBC three sitcom titled ‘Enterprice’ very soon (and for those that made our exclusive screening on the 12th, we hope you had a night to remember!)

Now we all know his talent’s endless and for our own viewing pleasure we wondered what it would be like to see him in the following roles:

A junior doctor in ‘Holby City’

Being on the BBC for nearly 20 years, Holby does a good job in showcasing the varied issues faced by the NHS while delving into the everyday life of doctors, nurses and patients. It would be nice to see Kayode  play a new over-confident junior doctor that clashes with the general surgical registrar Xavier Duval (currently played by Marcus Griffiths). For those of you that don’t know, Dr Duval plays an attractive and charming character who tends to be lucky with the ladies.

I don’t think he’d be very happy about someone new taking his shine, which would probably cause rivalry between the two of them…

A long lost relative in ‘Eastenders”

One of the nation’s favourite soap that bares no introduction.

We can see it now, Kayode stumbles into the infamous Vic in a state looking for his estranged mother (who serves behind the bar). His character would be described as damaged and very eager to seek revenge on the family members that made no effort to find him. He would do any and anything to get close to them without them knowing his true identity. His performance in ‘Eviction’ show us that he’s got the depth to smash this role.

A teacher in ‘Night School’

The American comedy starring two of the biggest class clowns of our time (no pun intended). Kevin Hart plays a misfit trying to obtain a GED to get his life back on track and Tiffany Haddish plays a no-nonsense teacher. Now we’re all aware that Kayode puts the “f” in funny but it would honestly be so satisfying seeing him play a hard-nosed teacher in an American film. It’s something different and most definitely a role he would excel in.