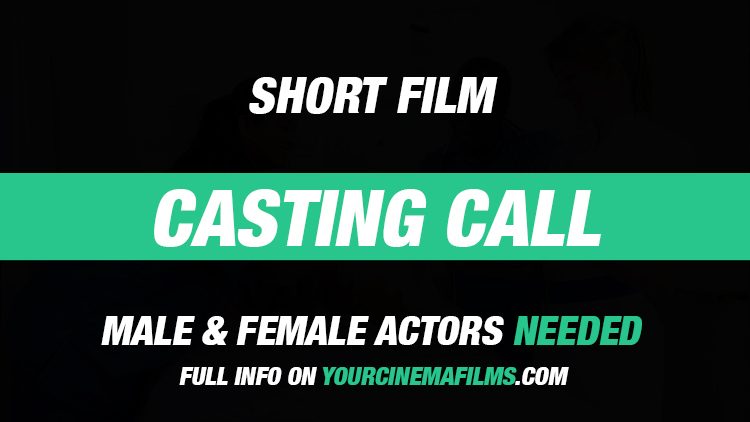 Merry Christmas everyone! Here’s a casting call for a short film requiring male and female actors:

On the eve of World War Two, Charlie, a talented young jazz artist desperately tries to pursue his dream of making it in America. But pressure increases from his friends and family to put his dreams on hold and join the RAF. Charlie has to choose whether to escape across the Atlantic or to join the dangerous fight in the air…

CHARLES BARTON (40-50yrs): A veteran pilot from the last years of World War One. Dedicated to his country and proud of his duty. He wholeheartedly loves his children but has an unfortunate parental tendency to always think he’s right. He’s hard on Charlie his son because he simply wants him to succeed.

BILL (18yrs): He falls somewhere between brave and stupid. He’s incredibly hardworking, he’s from an unsuccessful family but determined to make something of himself. This is why becoming a distinguished RAF pilot seems like a good idea. However he has to fight his insecurities, especially in the face of his best friend Charlie, who seems to get everything he wants without trying at all. Protagonist’s foil.

WINNIE BARTON (19yrs): A self-assured, independent woman of her own means. She’s grown up side-by-side with her brother Charlie and has been significantly close with him since the death of their mother. Being the older sister, she’s the key maternal figure in his life. She also acts as his confidant and encourages him to make his own choices.

RAF OFFICER (30yrs): Smaller part but does have some lines.

Unpaid but EXPENSES are covered.

Auditions are likely to be in (early) January. They’re also accepting self-tapes.

Script available on request. Other work from the director is also available.

If you’re interested in applying please send your Spotlight profile and additional information to: makeththemanfilm@googlemail.com

PLEASE NOTE: No ethnicity has been specified so do apply (regardless of your race or background)!