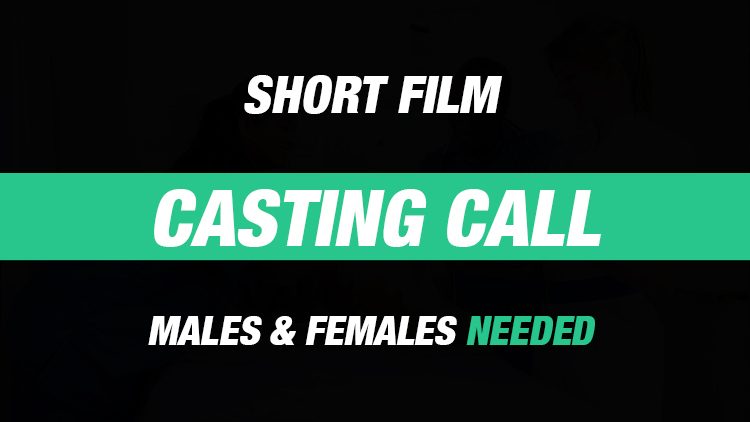 3 Males and 1 Female are needed for an upcoming short film.

SYNOPSIS: The characters find themselves in an empty world, four strangers must stick together under one roof leading to a complex set of discoveries.

Esther: (20s) Our protagonist. A self-centred but perceptive young woman who is strong-willed and seem to adapt very quickly to her situation. Out of the fellow strangers, she seems to be the one most in control of the situation.

AD: (20s) An un-intimidating but calculating man with a dark side, prone to alcoholism and scheming behaviour.

Colin: (20s) An aspiring womaniser with an oversized ego trying to compensate for a slightly lack of confidence.

Jack: (20s) A confident and strategic-minded businessman, appears to be a cold on the surface but undercover a thoughtful and sincere individual.

If you’d like to be involved, email maviomoh@gmail.com ASAP with an expression of interest, full name and phone number

They are holding auditions and drop-ins on the 23rd and 24th of January, from 3pm.