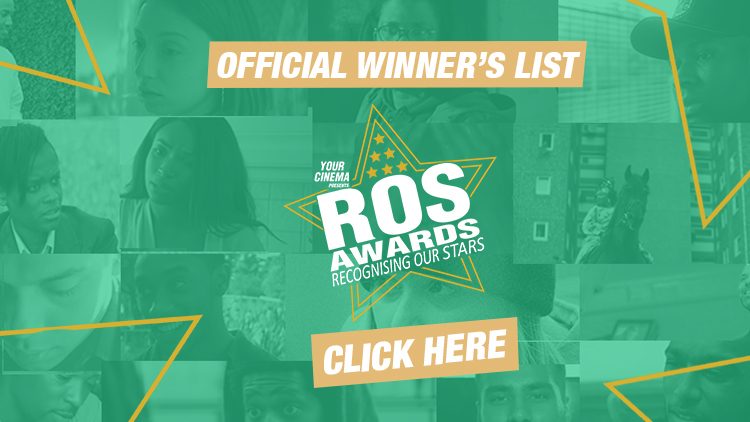 Now that you’ve enjoyed, reflected and celebrated last year, we’re pleased to announce the official winner’s list for our first ever ROS Awards!

To end the list we announce the ‘Our Star of 2018’ award to celebrate the achievements of an individual who has made an outstanding impact on the Film and TV industry.

With a phenomenal year that began with the production of his 3rd short film ‘Haircut’ which went on to premiere at the prestigious London Film Festival while winning Film London’s ‘London Calling Award’. Not stopping there, he ended the year being chosen to direct BBC’s adaptation of Malorie Blackman’s novel ‘Noughts and Crosses’!

We celebrate Koby Adom for going from directing a short film to a BBC series in 12 months! #OurStars