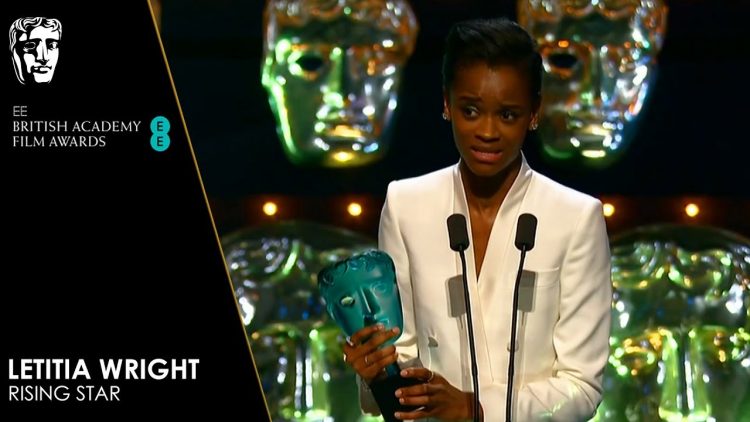 Continuing to being a true inspiration for a generation, Letitia Wright delivers the winning speech of the year (HANDS DOWN) after winning the EE Rising Star Award at last night’s BAFTAs; beating the likes of Cynthia Erivo, Jessie Buckley and Barry Keoghan.

This high achievement comes straight after being a Breakthrough Brit in 2015 as well as being a Screen International UK Star of Tomorrow in 2012.

From starting out in films such as ‘My Brother the Devil’ alongside Fady Elsayed and Anthony Welsh being being in shows such as ‘Banana’ and Top Boy’, there’s no deny that Wright career’s has grown. Last year, she was the highest paid actress, had a major role in ‘Black Panther’ and is set to star alongside John Boyega in romance sci-fi ‘Hold Back The Stars’.

Her light, spirit and career continues to shine brighter.