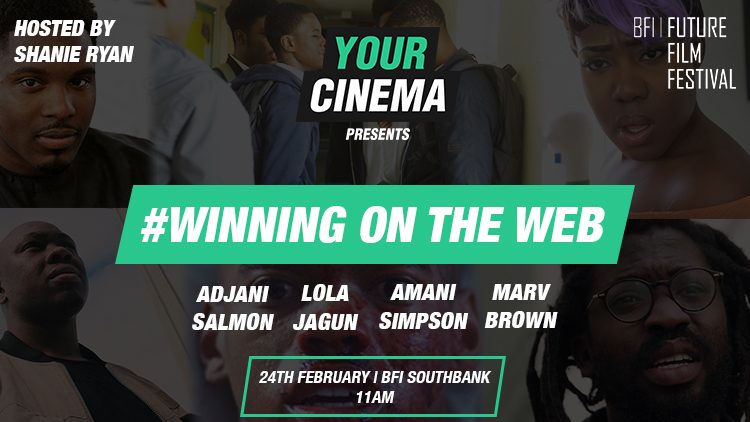 We’ve Partnered With The BFI For Some Exclusive Industry Sessions At The Future Film Festival!

In partnership with the BFI Future Film, we will hosting two events at their four day festival between the 21st – 24th February.

Now in it’s 12th year, BFI Future Film Festival is a industry event for young aspiring actors and filmmakers who want to have a career in the television and film industry. Many young talent such as Thea Gajic, Charlotte Regan and many more have benefited from the festival, as the four days are packed full screenings, workshops, keynotes and more!

Our two events will be focused on equipping creatives with the tools and industry savvy to create careers in this industry as outlined below:

Presentation is everything – Friday 22nd February @ 11AM | Hosted by Ella Bennett

In this session, award-winning Ella Bennett will be hosting an intimate session where she’ll break down the things they don’t tell you about how to pitch and put together your projects.

After countless pitches and presentations throughout her career, there’s no one else we could think of who would be better suited for this session!

After being signed to United Agents after 1 short film, fElla’s now working on her first feature film through Film London’s Microwave scheme; which she successfully pitched for!

If you need funding for your project, make sure you book tickets to this session!

Join us to meet the young creatives who have used content online to change the game for themselves.

Adjani Salmon: The writer and producer of ROS-Award winning series ‘Dreaming Whilst Black, Adjani has been quietly making moves behind the scenes since his show was released last year. He’s now signed to United Agents and is in talks with a number of broadcasters… All from putting out good work!

Lola Jagun: Despite being one of the funniest women we’ve seen online in recent years, Lola takes her career very seriously with a strong focus on writing and working on longer formats. Her work online has led her to writing and contributing to BBC productions, as well as having her own work commisioned by the BBC.

Amani Simpson: With no prior background in making content, Amani took on the task of producing his first film last year, which upon release garnered over 1 million views in 4 days! Realising how powerful content is as a medium to communicate messages and culture, he’s got a focus on producing more impactful films and content for young people.

Marv Brown: The man behind the man! Marv Brown is a critically-acclaimed DOP, filmmaker and producer and is most known for the hilarious content he produces with Michael Dapaah. With many years in this industry and over 300 million views on his content, Marv is definitely #Winning on the web!

If you’re looking for how to leverage your content online then make sure you book tickets below for this exclusive session!