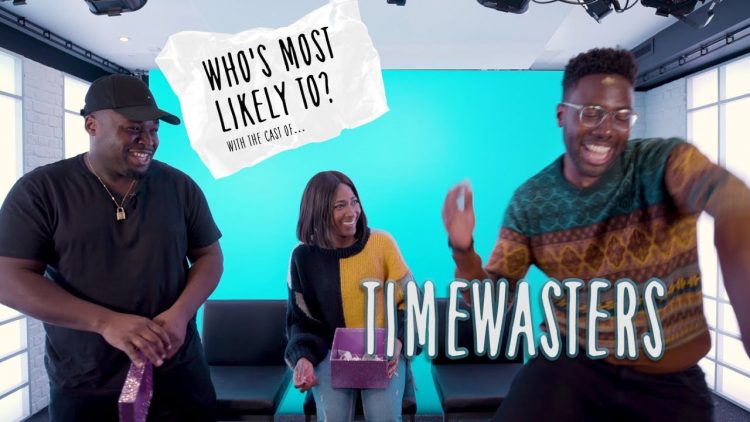 ITV2 Timewasters’ Samson Kayo and Daniel Lawrence Taylor Have A Dance Off in ‘Who’s Most Likely To…?’ game with Heat Magazine

Adelayo Adedayo, Samson Kayo and Daniel Lawrence Taylor have a little fun and dance-off with the ‘Who’s Most Likely To…?’ game with Heat Magazine.

We get to know a little more about the cast members individually, as their personality and sense of humour shines through.

Now whether the third season of ‘Timewasters’ will return is unknown – but what we do know is that there has been talks of the show having an American remake; with LL Cool J showing interest into being the executive producer and guest on the show.

Which is why Daniel Lawerence Taylor was busting an old skool move.