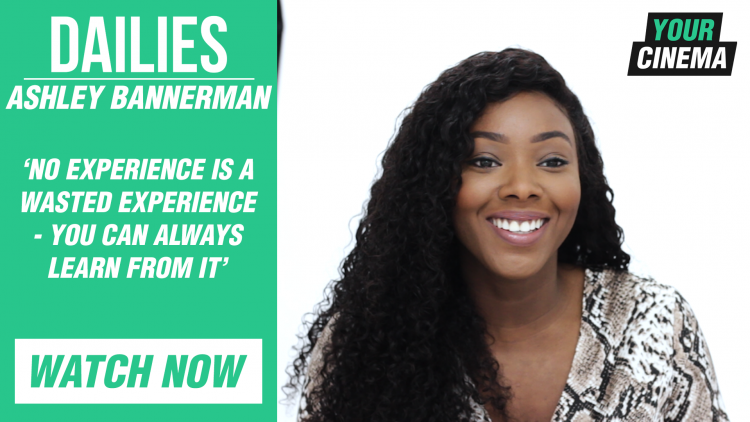 Actress Ashley Bannerman, who has starred in Idris Elba’s Turn Up Charlie, joins us to discuss her acting journey.

Despite always loving acting, Ashley went into full time work as a psychologist, leaving her passion. However, after realising that she didn’t feel fulfilled, Ashley joined Identity and was pushed into the professional class straight away.

Since then, she has found success in the industry, landing several roles in big productions, including Turn Up Charlie and starring alongside Bryan Cranston in The Infiltrator.

Despite not having a standard route into the industry, Ashley has excellent advice for aspiring actors, and gives great advice on dealing with the issues in the industry.

This is a must watch DAILIES for all creatives!