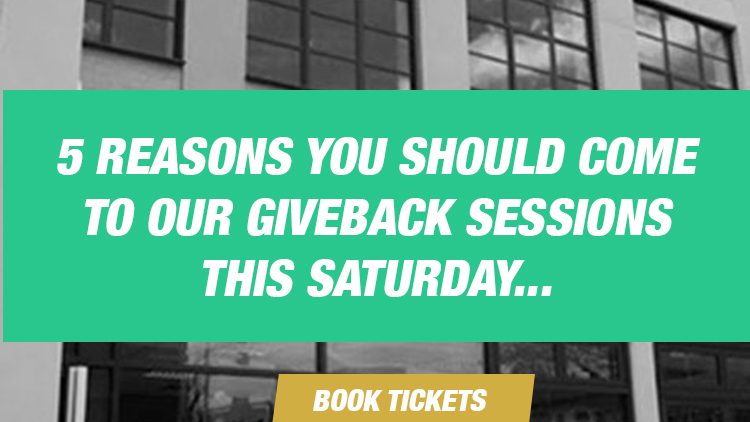 This is exactly the same situation the majority of the panel for our Giveback Sessions this Saturday were in and here are 4 other reasons why you should get your ticket ASAP!

Now Koby’s always been talented but there’s something to be learnt from someone who can take a hit like that, still make good work and come back bigger and better… How did he do it?

Tomisin Adepeju’s had his work screened at over 150 festivals worldwide!

Adjani Salmon’s series Dreamin Whilst Black has been recorded as being one of the most awarded web-series in the world!

If you don’t believe us check the stats here:

Now while we enjoyed it, who knew that across the world it was getting recognition too?! There’s definitely something him and his team at 4Quarter Productions are doing right – Would you want your work to be recognised across the world too?

Samson Kayo’s been nominated for a BAFTA, RTS Award and has written his own show… Whilst starring in ground-breaking FAMALAM.

GET YOUR TICKETS BY SIGNING UP TO OUR GOLD MEMBERSHIP HERE AND EMAILING YOUR NAME TO INFO@YOURCINEMAFILMS.COM

SEE YOU ON SATURDAY!