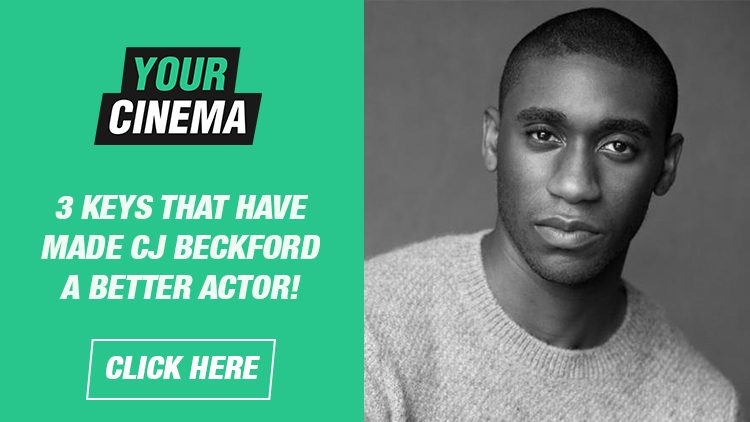 3 Keys That Have Helped CJ Beckford Be a Better Actor…

It’s not news that acting is a full-time job! Whether you’re training, auditioning or bouncing in between the two, you’re dedicating your time and energy towards bettering yourself as an actor.

We asked the amazing CJ Beckford to share some tips on how he manages his life alongside acting and the ways he develops his skills.

CJ’s well known for his role as ‘Michael’ in the renowned stage adaptation, of Andrea Levy’s award-winning novel ‘Small Island’. In other words, he’s got skill!

So here are just a few tips from him on how his career as an actor has taken off:

The chase for success can hinder our happiness if we’re too consumed by money. Understandably, the field of acting is highly competitive and overly saturated, so having joy and happiness outside of acting is important to maintaining a healthy balance between acting and life outside of it.

2 – Having Faith: “God has played a massive part of me continuing this journey”

We can’t expect everyone to have the same religious beliefs or even be religious, but having faith within ourselves is just as important, if not even more so. As creatives, we are our toughest critics, but trusting in the skills you have trained to use and the knowledge you have acquired throughout your journeys, are what contributes to you being the masters of your craft.

3 – Being Focused: “Success means doing something that you love”

It’s undeniably easy to be distracted by other people’s achievements but knowing that everyone’s journey is different allows us to realign our focus on ourselves. “An achievement is an achievement, regardless of how big or small it is”, it’s important to celebrate your own individuality, it’s what makes you stand out from everyone else. If it means writing down daily affirmations, do it, if it means attending workshops and learning about your craft, do it, and if it means writing down all your achievements and posting it everywhere every day, then do that too!

These aren’t strict rules to becoming the highest earning actor in the world, but these can be useful methods you can include in your daily routines. These 3 keys have helped CJ and have contributed to the position that he is in now. So, if it’s worked for him, I’m sure you can mould it to work for you too!