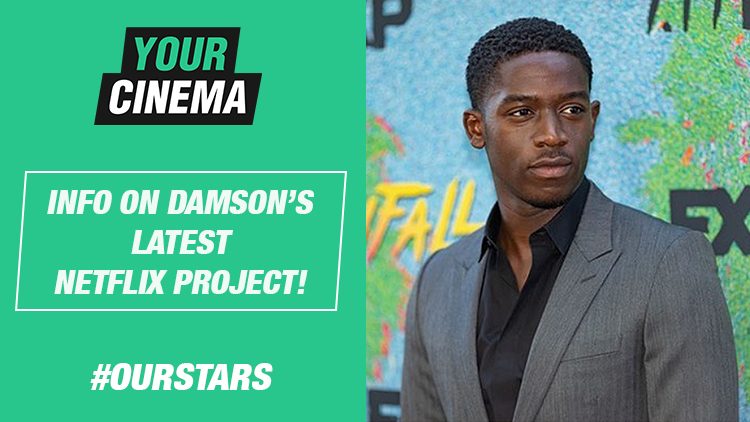 Peckham has been bursting with talent for a while now and one of its own is running alongside Captain America these days! Damson Idris starts work with the newly appointed Captain America in Anthony Mackie for a UK-US produced Netflix film “Outside the Wire”, sure to be a sci-fi hit.

Directed by Mikael Håfström (escape Plan), the film follows a drone pilot that teams up with an android officer to locate a doomsday device in a deadly militarized zone, sometime in the distant future. Co-written by the writer of a Private War, (Arash Amel) and video games writers, “Outside the Wire” is poised to be a tense and thrilling, hopefully translating Black Mirror type figures to the feature format.

This is Idris’ 4th major feature and we look forward to seeing him flourish alongside names like Anthony Mackie. If we put Idris’ stellar TV credits to the side for a minute – ignoring the fact he’s worked with the late John Singleton on ‘Snowfall’, Jordan Peele in the ‘Twilight Zone’ and featured in ‘Black Mirror’ – it’s clear collaborating with someone like Mackie wasn’t too far off the cards. Previously he’s worked with Riz Ahmed for London-based crime drama ‘City of Lights’, Liam Neeson on the train thriller ‘The Commuter’ and Harry Potter’s Tom Felton for US war biopic ‘Rex’. Let’s hope this team creates a huge hit!