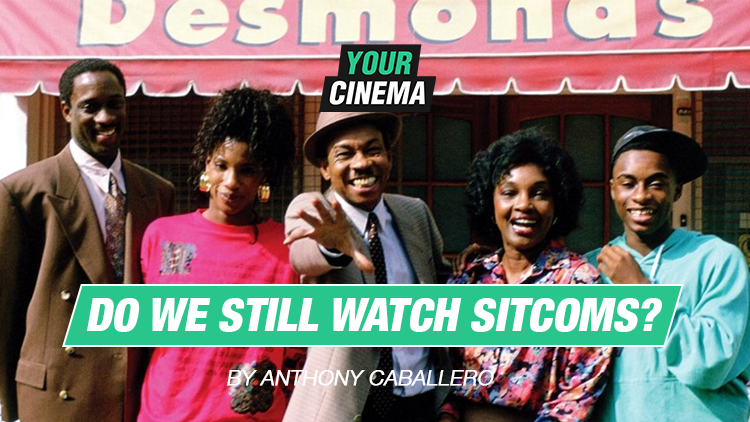 Desmond’s celebrated its 30th anniversary this year in the best way possible. Writer Trix Worrell and producer Paulette Randall, along with several members of the original cast met in Theatre Peckham to honor the show’s legacy.

You see, I remember when choosing something to watch used to be so easy. All you had to do was turn on the television and flick through the stations. It was like taking a seat at a restaurant and being given a small menu to order from. Simple.

That old way of life is gone. Now the restaurant is a buffet with various stations, and we’re spoilt for choice. Every day we choose whether we want to pig out on Netflix or indulge in something with more meat on its bones. Some days we just fancy something light, and we’ve got you covered with delights such as Dreaming Whilst Black, Troy Hunter’s Support and so much more!

Let’s be honest with ourselves, we love the variety! But lost within the pile of countless new shows are Television genres that are slowly being forgotten. In a world where entertainment is literally being consumed, has the classic sitcom been reduced to nothing?

Just for absolute clarity, I’m going to specify the type of sitcom I’m referring to: I mean the traditional one, where cameras were set up all over the place and an audience would come to watch, and for reasons that are still beyond me they’d laugh at everything!

So why aren’t people making more sitcoms this way? Maybe the use of a recorded laughing-track that can be added in post-production makes it easier to create the atmosphere?

But even the laughing track is kind of weird now, right? I don’t know about you but I’m not trying to hear a chorus of chuckling every time someone says something funny.

What do you think? Are sitcoms on the verge of extinction? I mean, entertainment is like survival of the fittest; maybe the traditional sitcom needs to adapt to suit its environment?

Is the live audience factor truly gone for good, and if it isn’t, do we really need it anymore? Sitcoms such as Idris Elba’s Turn Up Charlie and In The Long Run have seen Mr. Elba turn tables with his performances, oh and of course there’s Samson Kayo delivering lines and pizzas in Sliced! These are all straying from the formula of a traditional sitcom, but I think we can agree they’re doing well… Or have been done well.

Or are you a firm believer that sitcoms are timeless, you still watch the old ones and know that they will never die out! Whatever your opinion, I’m interested to know what you think!