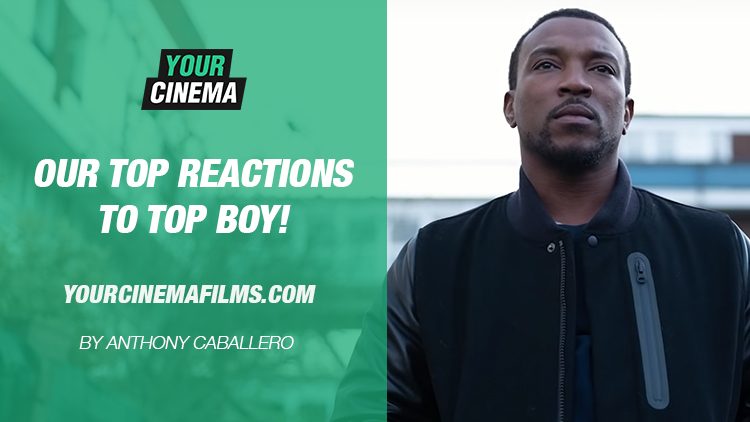 Time’s up! You’ve had to of seen Top Boy by now. I don’t want to hear no ‘I haven’t had time’ or ‘I’m still on episode 4’ because we asked you this:

But fine! For the 10% of you who are taking your sweet time, I still appreciate you so no spoilers from me. Instead, I’m going to present you with a few of my favourite reactions to the new season.

Definitely has to be one of my favourite reactions. It’s just too relatable. Look at the times these posts were made. In the first tweet, Weruche was already ‘2 episodes into Top Boy’, so she must’ve started watching some time around 5 PM. Now look to the last tweet, she was still active at quarter to eleven. There’s no pacing this show! Even if you’re not trying to binge it you’ll find yourself hooked.

This is hilarious. You think Twitter was seeing me the moment Top Boy dropped? NOPE! My phone was in flight mode, do not disturb, I blocked all ‘Top Boy’ related keywords, turned off my wifi, and dashed my phone across the room! I couldn’t take chances, there are people out there willing to post a full-blown synopsis complete with character breakdowns in the first ’15 minutes’.

Take it from the man himself, the guy is a genius, click here for more proof, I don’t even need to say too much!

@Twitter the people have spoken. Michael Ward needs that blue tick, and while you’re at it, Hope needs one too. The performances in Top Boy have been phenomenal.

Can you imagine that there are actually people out there who are refusing to watch Top Boy because they believe it’s just about gang violence? They. Are. Playing. Themselves. Top Boy has proven itself to be a journey through the effects of drug use, racism, mental health, poverty and so much more.

This right here!!! This tweet reminded me that the show first aired in 2011. Its relevance to this day is still unmatched. With Netflix as a platform, there will definitely be people immersing themselves into the series for their first time and I can almost guarantee they will watch the previous seasons believing it was made in 2019.