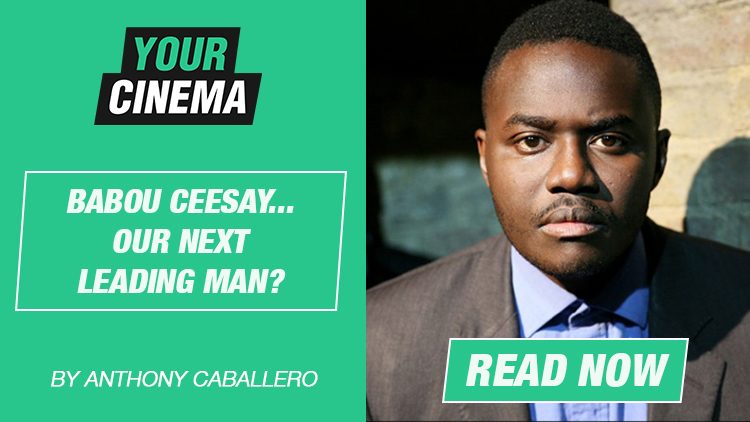 From Doing Audits At Work To Turning Auditions Into Work! This is how Babou Ceesay took hold of his destiny and became one of our culture’s leading men.

Our culture is doing nothing less than bits right now. Our directors, writers, and producers are showcasing our brilliance through theatre, film, and TV. Our actors are smashing roles that inspire upcoming talent to want to beat that benchmark. It’s a wonderful time to involve yourself with UK film.

The feeling I’m about to describe is one I’m sure you’ve experienced. It’s the desire of wanting to strive for your goals. It’s the knowing that where you are isn’t where you want to be, and the understanding that the plan people may have for you isn’t the plan you’ve made for yourself. I believe acting on that feeling is like the inciting incident to any film or show.

Enter Babou Ceesay, the perfect example of this. Ceesay was born in England but grew up all over West Africa, returning to London, he studied microbiology and eventually landed a job as an accountant. That’s when Ceesay was struck with that feeling: his own inciting incident. That moment when you’re sat there and you’re like ‘Nah, this isn’t the one you know.’

And he went for it. He did his research, found out where he could get funding for drama schools and banged out Shakespeare in preparation for auditions. Now you’ve seen him in Free Fire and Guerrilla and spotted him in Rogue One: A Star Wars Story and Luther. And it’s always nice when your picture makes it to the alumni page:

What does it take to be a leading man? Our culture already has Idris Elba, John Boyega, Damson Idris and David Oyelowo. It goes further than just representing – Babou, like the others mentioned actually aces his lead roles! I mean c’mon, he was nominated for a BAFTA for ‘Best Leading Actor’ in ‘Damilola, Our Loved Boy’! And he doesn’t stop there, to this day he continues to deliberately pick roles he’ll find challenging for his personal growth. That’s strength!

If you’re looking for inspiration, Babou is your guy. His work in recent years has shone a light on topics that may often go unheard of:

Ceesay is a reminder that our long-range goals can be scored. And we look forward to him being widely regarded among the stars we often celebrate!