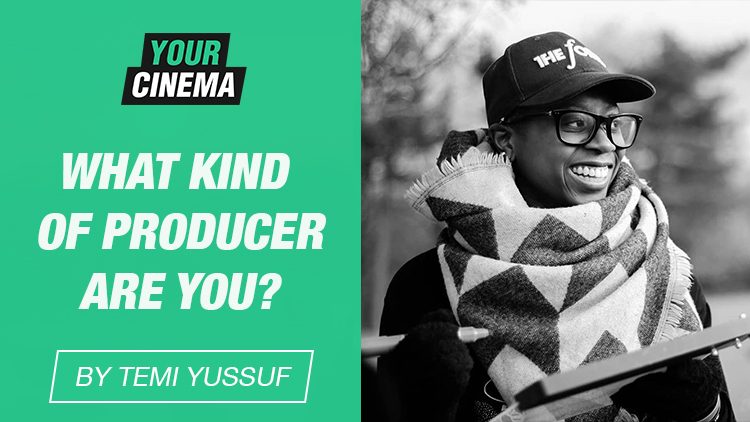 What kind of producer are you??? @temedaio_

When we think of films, we typically first think of actors, then directors and eventually writers and sometimes we think of cinematographers (but that’s usually the films snobs), but we rarely ever think of the producers. In fact, after having a few conversations with producers, it almost seems as if there’s this big grey cloud on what a producer actually does. It’s not just consumers who lack this knowledge, but people in production too.

So, what is a producer?

Typically, a producer falls in line with being the ‘ring master’ of a production, either jumping on board from the moment an idea sparks, to the very last leg of distribution and marketing. So basically, without them, sourcing all the people, places, equipment, licenses and especially money, a production really doesn’t exist.

Just for the sake of this conversation we are going to focus on 4 main producer identities:

There may be a few other forms of producers but typically these main four roles are consistent in film and TV production. Sometimes they can be all fused into one role as a single producer (if the budget doesn’t accommodate). A lot of directors/writers who start out in filmmaking often play the role of a producer on their own films. This could be for budgeting reasons, but also for the lack of accessible producers to work on low budgets at an early stage in filmmaking. For this reason, the process of filmmaking has birthed a lot of independent producers.

I’ve managed to speak to a few producers about what makes them stand out as identifiably good producers and thanks to Elizabeth Rufai (a film producer), David Sule (creative director/producer) and Nelson Adeosun (TV/Factual AP) and, we’ve been able to highlight a few key points on what makes a good producer.

All in all, being a ‘good’ producer is really subjective and part of having a role within the creative field means there isn’t just one set way of doing things. It’s hard to judge a ‘good producer’ based on the finished product, as filmmaking is a joint effort from many roles. However there are identifiable traits in many successful producers which really shouldn’t be ignored.