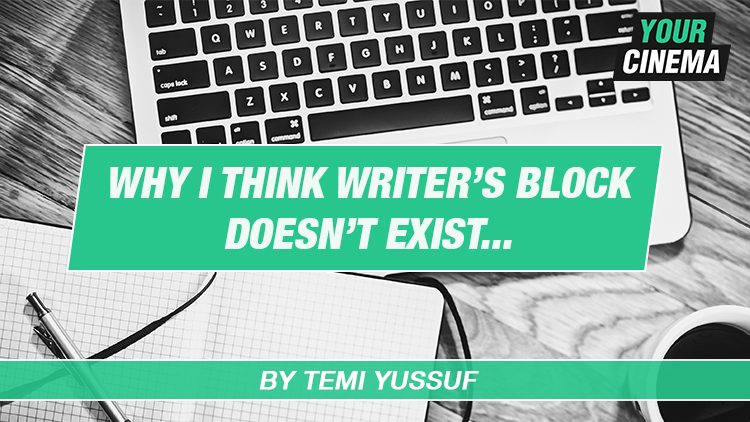 The idea of writer’s block has been a term bouncing around for decades. There are so many articles, videos and even threads on Twitter about this topic and I believe I finally have come to an understanding of my own. Originally, this was going to be a discussion on whether writer’s block exists, but instead I’m going to explain why I think it doesn’t.

I personally feel a blank page is a writer’s biggest challenge, having to form a completely new idea from scratch can be scary. Many writers experience moments where they feel like they’re unable to write anything and sometimes the pressure of being able to produce a perfect piece in its first draft, is what hinders the ability to write. However, I don’t think this is writer’s block, this is just having unrealistic expectations of our work. Not many people write an award-winning screenplay in the first sitting (hardly anyone). Some of the greatest writers in the world go through many drafts before they reach their final version, so I think the idea of writing the perfect piece the first time should be thrown out.

There’s this song and dance we writers sometimes do – where we carry the pressure of trying to produce a perfect piece within the first attempt, then once we realise it’s not perfect, we scrap everything and are left with a blank page. Then after staring at this blank page for weeks on end, the frustration of not having any work builds up to the point we just start writing anything (or you wait for the motivation to eventually kick in, which could be a long time).

The thing is, writers block is all in the mind (I know this has been said so many times before, but it’s true), there isn’t actually anything physical blocking you to write. I’m sure no one is holding your arms against your will and preventing you from physically writing… So where is this block in which you speak of? I understand not having all the things to say about the specific thing you want to write about, but the trick is to actually just start writing anything (as mentioned by Thea Gajic here) and if you feel like you have nothing to write, or if it doesn’t make sense… That’s the beauty of editing, you can sculpt your words to fit the story you’re trying to tell, but you have to start writing something first.

Writing a stream of consciousness is very helpful because it allows us to get out of forcing our minds to think a certain way, and let it naturally flow into a relaxed state. You’re basically writing anything and everything that comes to your mind, regardless of how nonsensical it may seem, the idea is to ease your mind into the process of writing. It’s almost like having a new pen, at first, you have to scribble on a piece of paper to get the ink flowing before you can actually start using it. Same goes for writing, just write anything down and allow your mind to warm up and eventually build a flow.

So, writers block doesn’t physically exist because no one is physically blocking you from writing. However, that doesn’t mean pressures, imposter syndrome and unrealistic expectations aren’t the things that hinder the writing process, but it does mean… as long as we are able to formulate the word “The” as a starting word, then we can write.

I feel like this is definitely the beginning of a wider conversation so it’d be great to here from other writers and see your thoughts and perspectives!

Hit us up on Insta or Twitter: @yourcinemafilms or @temedaio_