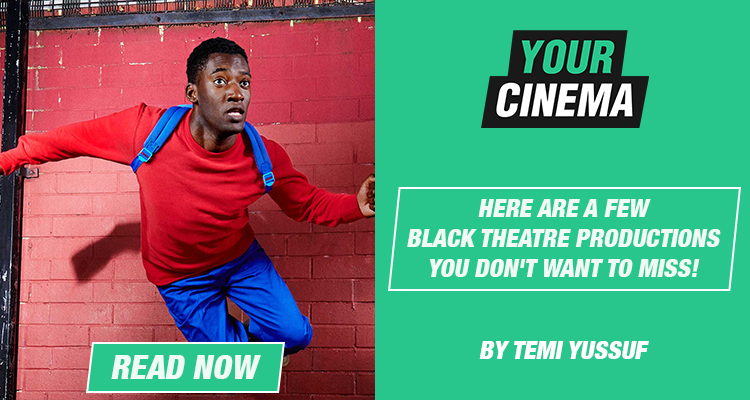 Here are a few black plays you don’t want to miss! By @temedaio_

It’s no surprise that last year was a brilliant year for the creative industries, in Film and TV, films such as the ‘The Last Tree’, ‘Blue Story’, ‘Farming’ and many others, reflected the essence of the Black British experiences on screen. However, it was also a great year for Theatre as well, many amazing plays ran the stage and took audiences by storm. The return of ‘Barber Shop Chronicles’ along with new plays such as;

There can only be hope for the brilliant plays of 2020, expected to grace the many stages across the UK, so we thought it would be nice to compile a list of them to keep on the lookout for:

The Kola Nut does not speak English – https://vaultfestival.com/whats-on/the-kola-nut-does-not-speak-english/

A new play from multi award winning company Nouveau Riche. Written by Tania Nwachukwu, we follow the people of Eze as they fight to preserve their beloved kola tree. Using African theatre practices, call and response, dance, song, and poetry, this is a loud, unapologetic, passionate embrace of the importance of a Nigerian-British woman preserving her own history.

Debut play from award winning actor Malachi Kirby, follows a boy’s battle with making the right choices in his life, when the odds are stacked against him.

Antoinette Nwandu’s fierce and politically charged new play exposes the experiences of young black men in a world that refuses to see them.

Roy Williams’ play examines what it was like to be a young black man in 1980s Britain and asks, how can you fight a system that’s desperate to see you fail?