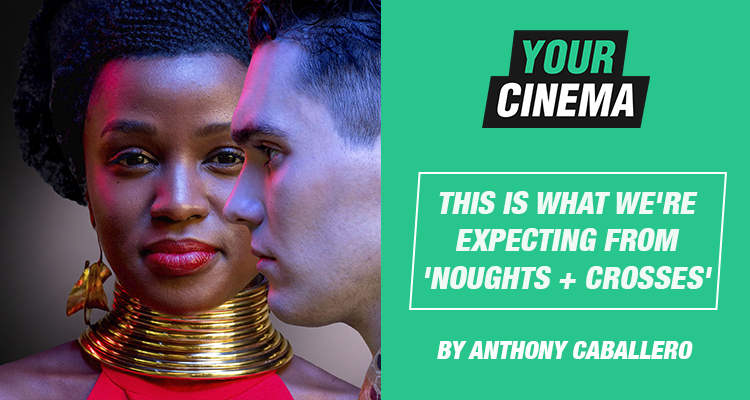 This Is What We’re Expecting From ‘Noughts + Crosses’ by @araycaballero

If you haven’t noticed, I did a lot of reading as a kid. And I really mean a lot! I used to read more than I’d watch TV and that speaks volumes for a kid who grew up with Disney XD and Jetix.

Now if you’ve already taken a look at ‘3 childhood books we want to see made into films‘ then you already know I’m a Malorie Blackman fan. I read Noughts & Crosses when I was about 12 and there are moments in this book that I still think about today. It’s these moments that I want to talk about and that I’m expecting to see in the upcoming 6-part series. If you haven’t read the series I’m going to place a light spoiler warning just in case anything I talk about plays a major role in the adaptation.

If you’re going into the Noughts + Crosses series completely blind and have no clue what it is about then you should probably watch the trailer, but whatever, as you’re here I guess I’ll give a brief explanation.

Noughts + Crosses rewrites history, placing its two protagonists, Sephy Hadley (Masali Baduza) and Callum McGregor (Jack Rowan) in a world where the slave trade had been led by Africa and Europeans were enslaved. Britain is now a country post-abolishment. With this as the premise, Malorie categorises her two divisions within this society. You’re either a nought – fair-skinned – white. Or you’re a cross – darker-skinned – black. It’s a world where the crosses are in power and restrictions such as segregation become a daily battle for the noughts.

What made the novel flow so well is Malorie’s constant shift of perspective, you bounce between the two characters from event to event, understanding the thoughts and intentions behind certain decisions. This form of storytelling raises tension and increased dramatic irony because as the reader you end up knowing more about the characters than the characters know about one another. In a way, it’s kind of stressful. But good stress! I hope that this dynamic is replicated in the series, this could probably be achieved through segments of narration or really making Callum and Sephy the driving force of the show and only seeing events through their eyes.

This goes without saying but the success of this show will really rely on the realism of Callum and Sephy’s relationship. In the novel, their relationship is frustratingly complex. But good frustrating! We know that they have to keep their friendship – let alone their feelings – on the down-low and in the book you could literally feel this tension between the pages. As mentioned before, the dual narrative form reveals how much two people can really misinterpret one another and it feels completely real. For a believable realtionship we’re going to need a lot more of that, also I’m hoping that they establish their relationship from childhood friends to teens in the series too; a couple flashbacks from when they were kids should do the trick!

It wouldn’t be Noughts + Crosses without bomb plots, kidnappings and criminal activity (I’ve summed up quite a bit of the book series). Malorie knows how to have us at the edge of our seats and I’m waiting to see the most dramatic events of the novel play out on screen. Reading the books I felt that every thrilling moment was justified, the actions of characters led to greater consequences and if this has been translated onto the screen then we already have an award-winning show about to drop – nuff said.

You already know the cast is fire!!! You’ve seen Stormzy suited and booted in his cross outfit, you’ve also seen that one of the actors we’re excited about, Jonathan Taiwo Ajayi is in the cast list. I am more than certain the performances we will receive will be outstanding. Personally, I am excited to see Josh Dylan’s portrayal of the antagonist Jude, the brother of Callum as he was hands down my favourite villain from the books. There is also the fact that Malorie Blackman wrote the book series to cover generations, if the TV series follows the same premise then we may even get later seasons that include the stories of Callie Rose and Tobey Durbridge.

Noughts + Crosses drops tomorrow (or today) at 9pm! Looking at the responses to the trailer this is for sure going to be a series that shakes the ground beneath people’s feet. We can’t wait to see what Koby Adom and Julian Holmes have created from the source material! Will you be watching?