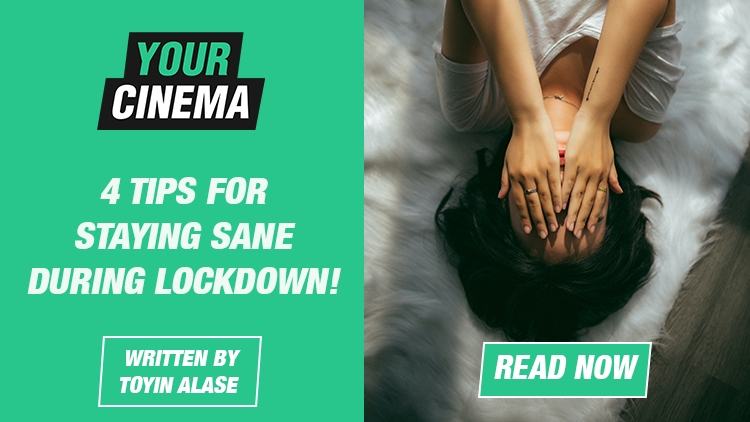 If you’re anything like me, in the last few weeks you’ve probably seen your fair share of toilet paper kick-ups, press-ups and TikTok challenges. Your WhatsApp messages have been spammed with everyform of medical theory, concept and conspiracy by the random aunties and uncles of WhatsApp Medical School (yup, it’s fully a thing). And if you happen to live at home with family, by now you’re probably questioning whether they’re your real life ‘Opps’, or maybe your just hungry—— AGAIN!

Either way, I think we can agree these last few weeks have been a roller-coaster – we’ve had the highs of Instagram to keep us entertained for hours. The comedy: @mothecomedian with ‘QuarantineGames’. The fitness content creators: @Just_Geen and @Sanchez_brown. And, of course, the artistic content by our stars: Four 8’s latest short film I AM PILATE written by @thebournedirection & directed by @femioyeniran can be watched HERE. On the other hand, there have also been lows – this virus is real, people have died, jobs have been lost, theaters and cinemas have closed. As a creative you might wonder where you stand in all of this? Do creatives really matter? We do! And more than ever, we need to fight to remember and maintain that.

Here are a few practical tips to help you in this time: