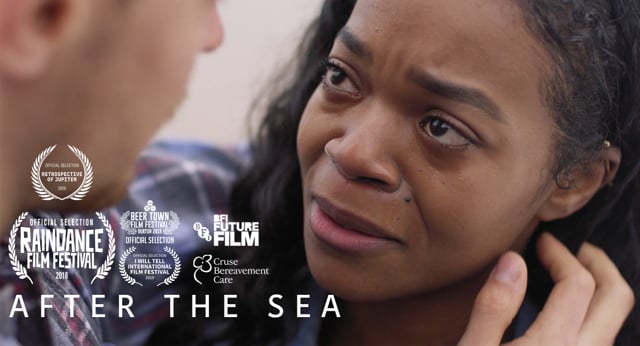 A separated couple meet again in their hometown to talk about the suicide of their mutual best friend. Through this meeting they confront their grief, relationship and futures, before unexpected revelations force them to re-examine the past.

Inspired by true events in the lives of the filmmakers, After The Sea provides a brief window into the everlasting devastation caused by losing a loved one to suicide, and hopes to contribute towards the ongoing public discussion on mental health.

After The Sea had its premiere at the 28th Raindance International Film Festival 2018, and has since screened at BFI Southbank and in a series of workshops for Cruse Bereavement Care.