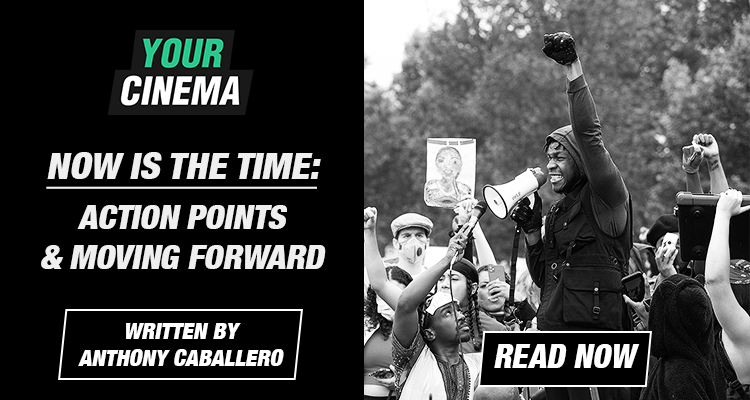 This lockdown has felt surreal! From March 23rd the phrase ‘it’s a small world’ took on a completely new and poignant meaning. My ‘world’ suddenly had a roof and walls, and the universe became only as expansive as any distance I was able to jog. It has taken us all some adjusting to get settled into this skewed reality.

The surreal nature of it all only furthered when the clapping started. For five minutes (if we could manage it), we’d clap for the key workers. One might think that these workers have been concealed in the shadows this whole time and only now chose to reveal themselves to us. However, I can’t deny that the gesture was heartwarming, I only hoped that this unified spirit would remain. Little did I know that my hope would manifest under cruel conditions.

You know how you felt when you saw the video of George Floyd. No other narrative can be weaved into this story – the evidence is damning – at the beginning of the video he is alive and by the end he is dead.

I could use this time to talk about the immediate aftermath of his death. I could talk about people who post to their feeds to alleviate the weight of guilt and not because they care. I could talk about those same people who then criticise others for not posting (as if the solution to this problem is a black box you’ll delete in a day or two). I could talk about the organisations and institutions that posted ‘#BlackLivesMatter’ and ‘we stand with you’ on their socials but have been ignoring the issue of diversity since their establishment was founded. Perhaps I should talk about how racism isn’t ‘new’, a ‘novelty’ or ‘unprecedented’, so although it’s swarming our digital timelines at the moment, for some of us it exists as a daily occurrence in our own physical timelines.

Instead, I want to focus on Boyega’s words… ‘now is the time!’ I believe that we need to focus on the changes our industry needs to move forward, changes which are beyond overdue:

Someone recently said to me that “diversity is like being invited to a party and inclusion is being asked what song you’d like to be played”. I couldn’t agree more. We need to be involved in more mainstream productions as both cast and crew. And I’m not just talking as runners and assistants, I want to see an influx of directors, producers, DOPs, costume managers, etc. There also needs to be a lot more of us in production companies because being on set is only part of the filmmaking process. For this to happen, research into the individual steps of a production house should begin from now. We should seek information on the entire industry because there is more to film and TV than playing type-casted roles. I wonder how many aspiring filmmakers know how to break into VFX, film finance and film legal if they wanted to? Moreover, when we become familiar faces in marketing and editorial, businesses won’t have to guess if their content is politically correct because they would be able to ask the many people around them who represent that culture.

As well as having a presence on set or in the office, we need to be represented on the screen too. And if you’re thinking “we are in plenty of shows/films” allow me to be more specific – we need correct representation. Usually, when an ethnic character is created by someone who is not from that culture, the character tends to fall into specific archetypes. I’m tired of seeing ‘the angry black character’ or ‘the comedic black character’ and I’ve seen ‘the black character whose cultural identity we can’t be bothered to explore’ too many times. Which human being on earth only has one behaviour trait!? It’s time that real effort went into creating dimensional, deeply layered characters from various backgrounds whether they are the protagonists, supporting actors or characters in the C plot. We should all seek more information on the people we are trying to create if we’ve never been in their shoes before.

It’s no newsflash that we work twice as hard only to receive considerably less. It’s not just the norm for this industry, but many others. Some of us do not have parents that already work in film that can piggy-back us into the working world. When we tell our families we want to work in the creative industry they shouldn’t fear for our stability. However, at the moment some do because, like myself, they’ve heard stories of purposeful and unscrupulous underpayments. I’ve been told countless stories of commissioners presenting us lesser amounts than our counterparts simply because some of us don’t know our worth. Well, now is the time for us to put an end to that and get clued up on how much our time and effort costs!

The action points have been stated. From today the only way is forward; and as a platform that plays a part in shaping our culture, our own action points will soon be made clear too #WeMove