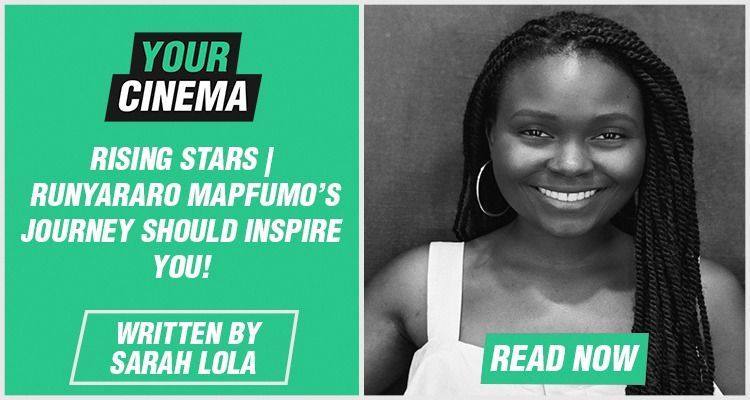 Let’s talk about Runyararo Mapfumo and how the world is finally taking a seat at her table of pure excellence.

Over the years Mapfumo has showcased her talents as a London based Writer and Director in Film and TV. She created her short documentary ‘What’s In A Name?’ as part of The Uncertain Kingdom, a collection of twenty short films from twenty visionary filmmakers. The documentary explores the depths of contemporary UK and celebrates individuality amongst our communities. If you have not taken the time to watch this unique piece, you are undoubtedly missing one of Mapfumo timely collections!

But let’s not stop here; Runyararo’s short documentary is only the icing on the cake. Her unremitting work premieres across Google Arts, the BBC, the British Film Institute, Future Film Fest, Short Film fest and Underwire festival amongst many others. Equally, ‘Sensational Simmy’, ‘Dawn in the Dark’ and ‘Masterpiece’ are all telling stories, with authentic voices and aesthetically pleasing content written and directed by Runyararo herself.

Runyararo has worked incredibly hard over the years to independently build on her portfolio within the industry.  Equally, Runyararo has provided outstanding content since her collaboration at DessyMak Productions, a co-owned independent film company focusing on Guerrilla films. The Mapfumo work delves into reversing the negative connotations and visuals associated with marginalised groups. She puts a spin on the predictable, standard, narratives and allows audiences worldwide to truly appreciate their free seat at her self-founded table.

However, the Actor and Producer, John Boyega, did not turn a blind eye to Mapfumo’s exceptional talents. In Q1 of this year, Boyega announced that Runyararo had joined forces with his production company ‘UpperRoom Productions’. Runyararo will help Boyega’s team develop non-English language films centering on African storytelling for Netflix!! Runyararo alongside Boyega’s other team members will delve deeper into channelling original Nollywood classics to our TV screens.

Although Runyararo is currently on a strong growth trajectory, her journey has not always been smooth sailing. Runyararo’s determination is a prime example of what is possible when you apply a handful of commitment and positive energy to all your work regardless of the industry’s challenges.

Celebrate Runyararo Mapfumo’s existing work by checking out her Instagram.