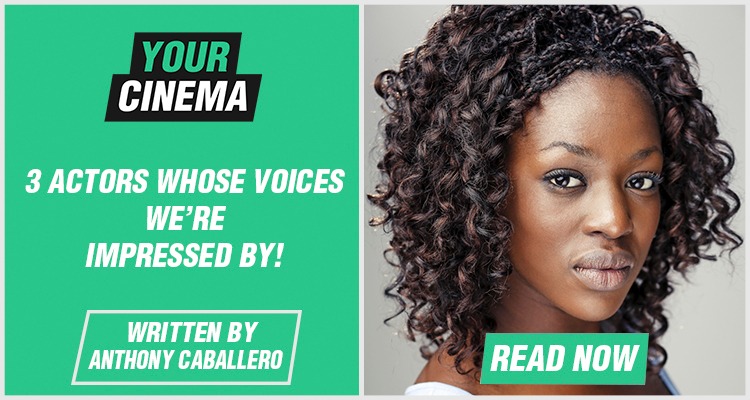 3 actors whose voices we’re impressed by!

When it comes to the great actors of our industry we tend to focus on their performances – their outstanding monologues and their witty dialogue. Sometimes, as viewers, we get so entranced by their physical actions during these moments that we find ourselves purely focusing on the visuals. As of recent, I’ve been very appreciative of the role voice plays in our industry – commercials, radio-plays, theatre – these all hone in on the voice. I have selected three talents who are outstanding at utilising theirs.

Jennifer is an actress who has an exceptional voice! In the realm of theatre, she has been recognised for her ‘sweet tone’ and her ability to carry her pitch with incredible strength even when hitting quieter notes. Some of her performances include Arthur Miller’s ‘Death of a Salesman‘ at the Young Vic and ‘Les Liaisons Dangereuses‘, where The Hollywood Reporter commended her “stand out” performance as Emilie.

In the world of TV, she has been a part of ‘Eastenders‘, ‘Emerald City‘ and ‘The Capture‘ and is now in ‘Cursed‘, a new Netflix series about a teenage sorceress named Nimue, who encounters a young Arthur on his quest to find an ancient sword with unspeakable power.

When it comes to voice overs, Jennifer has been working! Even throughout the quarantine she has been recording promos, podcasts, ads and more from the comfort of her home studio!

When it comes to the conversation of voice, we have to give attention to Mr Trill. Joel trained as a voice coach at The Royal Central School of Speech and Drama. He is an actor who prides himself on using his own skills to better the performances of others. He co-runs African Diaspora Accent workshops to aid other actors in their pronunciations of Caribbean and African dialects. This is a vital contribution to our culture because he withholds the importance of having accurate representation on our screens. We’re tired of hearing fake patois, people!!

It’s really no surprise that he has coached Oscar-nominated artists. His most recent work has been on ‘Queen & Slim‘ (coaching Daniel Kaluuya) and a short called ‘The Ancestors‘.

As well as recording for commercials, he has appeared on Holby City and has taught at RADA and Guilhall School of Music and Drama.

We can sometimes forget how important a role the voice plays in performance. I wanted to make this article to highlight this fact and Hazel is an excellent example. As an actress, singer, and voice coach she is an expert in her understanding of the power of voice!

Hazel has plenty of accolades, she has been involved in several theatre productions, ‘The Sleeping Beauty‘, ‘The Tempest‘, ‘Little Shop of Horrors‘ (to name a few). On the radio, she has been on BBC Radio 4’s ‘Something Understood: Death and the King’s Horseman‘.

A recent televised achievement of hers is landing a dialect coach position on Small Axe, the upcoming series directed by Steeve McQueen!

Know anybody else who is great with their voice and deserves to be spotlighted? Let us know!